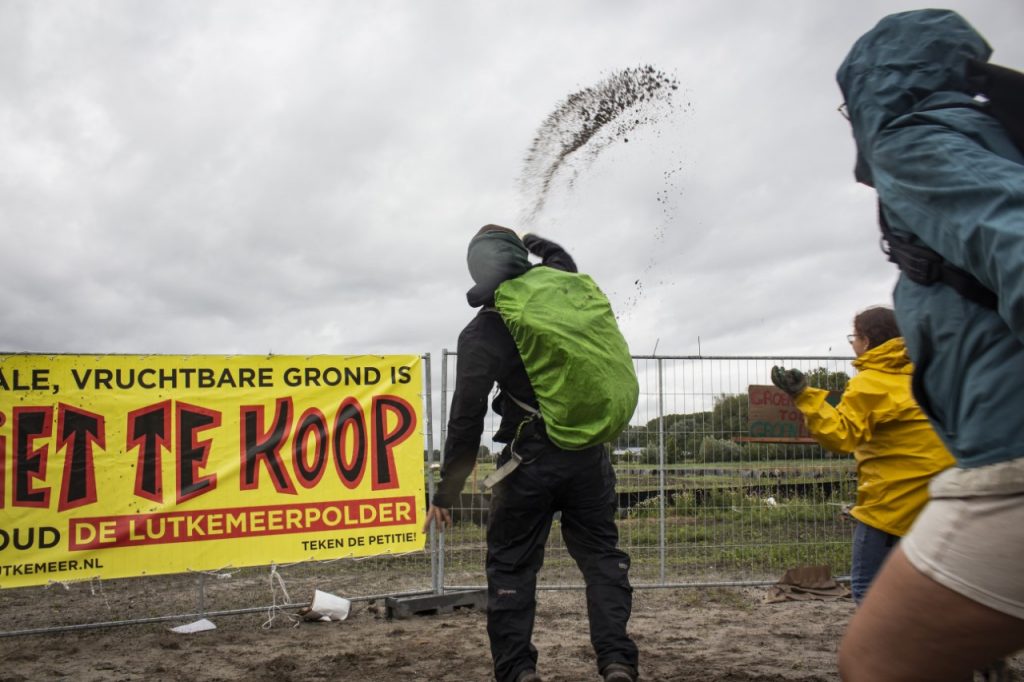 De Luktemeerpolder, located between the city of Amsterdam and the Schiphol airport, is in danger of disappearing due to the fact that the Municipality of Amsterdam is planning to change the destination of the piece of land to turn it into an industrial area. Currently, plans exist to build a department store on this fertile land. Various groups and residents have campaigned to preserve the land. After all, the polder is an inherent part of organic agriculture in Amsterdam.

One of these groups was ASEED. The group organized the Food Autonomy Festival on a piece of land next to the polder. 14 people came together to hang a banner on the fence that now surrounds the polder. The banner referred to the petition started by Behoud Lutkemeer, in which they call on the municipality of Amsterdam to permanently change the destination of the Lutkemeerpolder to ‘agricultural’.

The polder is currently barren. As a show of solidarity, ASEED threw seedbombs over the fence onto the polder, in the hope of sowing the ground. The group stayed at the polder until 4 o’clock in the afternoon, after which they cycled with a small group to the city center of Amsterdam. The banner was then hung in the Spuistraat, to bring the issue of the Lutkemeerpolder to the heart of the city.